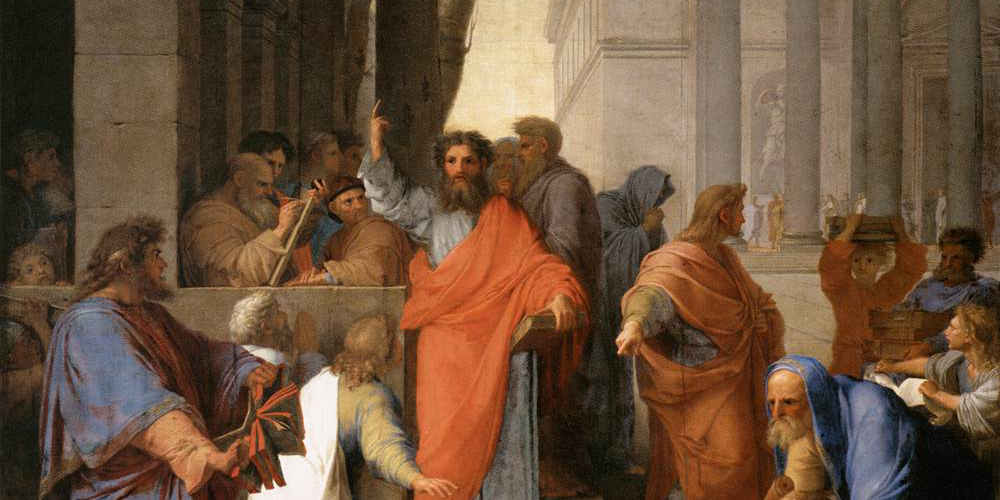 Look What I Can Do!

In Christ Jesus, who did what only He could do in offering Himself for the sins of the world, so that we might be saved not by our own doing but by His grace, dear fellow redeemed:

“Mom/Dad, look what I can do!” Parents are used to hearing their kids say this when they learn a new skill. Maybe it’s figuring out how to swing, how to catch a ball, or how to ride a bike. Or maybe they have put a puzzle together or learned to play a song on the piano. Sometimes the words, “Look what I can do!” come right before some dangerous or destructive activity that parents would rather not witness, like jumping off the top of a couch or attempting to hit a baseball over the house.

Except for those last two examples, we praise our kids for learning new things. We want them to develop useful skills and be successful in their endeavors. At the same time, we temper our praise when our children’s success leads them to boast. “Look what I can do! I bet so-and-so can’t do that!” “I am faster and stronger than everybody else!” “Nobody is as good as me, are they?” It is good to encourage our kids, and we want them to be confident. But there is a fine line between confidence and arrogance. Confidence does not have to be self-serving, but arrogance always is.

Our society today is not as concerned about love for neighbor as it is about love for self. Young people are taught to embrace who they are, especially if who they are contradicts God’s plan for the body and life. Every child is told he is exceptional. Every child is told that her opinion is just as valid as anyone else’s. Every child is promised that he will succeed whether or not he gives his best effort or any kind of effort at all. Not much is said about humility, sacrifice, and working hard for the good of others.

With these kinds of cultural influences, it should not surprise us that the social media presence of many people is more about self-promotion than anything else. Not many will post pictures of how they look when they first roll out of bed. No, it takes many poses and pictures before getting the one that is just right, the version of us that we want the public to see. This is the “selfie” era, the “look-what-I’ve-done,” the “look-how-good-I-am” era.

What if the apostle Paul carried around a smartphone like we do? What pictures would he have taken? What videos do you think he would have captured? In today’s reading, Paul shared a long list of his experiences. When he was verbally or physically attacked by a crowd for preaching the Gospel, would he or an associate have sent out a video clip, along with #ungrateful, #stayawayfromthisplace, #unbelieverswillbejudged, or #standupforJesus? Or after he was beaten, whipped, or stoned, would he have tweeted out pictures of his bruises and wounds to win people’s compassion? Would he have looked for social media fame through “likes,” “shares,” and praise from others?

Paul had plenty of crazy experiences to talk about, but he didn’t list them in today’s text to gain followers for himself. He brought them up to counter false teachers who claimed to be more than Paul and to remind the Corinthian Christians of his call from Jesus to speak His Word. So Paul said if these false teachers want to talk about credibility, Paul with his qualifications and trials had far surpassed them. Those false teachers wanted the people to think that Paul had done his missionary work for his own benefit. But in effect Paul said, “Who would go through all the terrible things I have for personal glory?”

This is like the skeptics who claim that Jesus’ disciples lied about His resurrection. They assume the disciples stole away Jesus’ body and then preached the resurrection as a way to gain followers for themselves. It certainly happens—and happens often—that people lie for personal gain. But how many people stick with a lie when it means being ridiculed, beaten up, and killed for that message? The apostles of Jesus, including Paul, experienced great affliction and pain for preaching the Gospel. And they continued preaching it all the way to their violent deaths. People don’t endure all that for something they know is a lie.

But beyond his personal credibility through the suffering he endured, Paul reminded the Corinthians that his work was Jesus’ work. Paul said if there was anything he himself could boast about, it was his own weaknesses. “Those weaknesses are what I have contributed,” said Paul. “Those are what I am responsible for.”

We don’t typically talk like that. The current presidential candidates of all parties are a good example of how we think and talk. They are very eager to showcase their strengths and successes, but they are reluctant to mention any weaknesses. On the other hand, they have no trouble pointing out the weaknesses of others. The same goes for us. When we have a dispute with someone, we magnify their faults while minimizing our own wrongs. Or we think how obvious it is that we should be praised or promoted compared to those around us who have so many character flaws. This sort of interaction with our neighbors is not confidence; it is arrogance.

We can cry, “Look what I can do!” till we are blue in the face. But that doesn’t and it won’t make us any better in God’s eyes. For as much as we can do, there is so much that we can’t—and so much that we have failed to do. In his Letter to the Romans, Paul wrote about those who like to boast how well they have kept God’s law. He said, “You who boast in the law dishonor God by breaking the law” (2:23). We really can’t boast in our righteousness, unless we are totally righteous. The guy standing barefoot in the snow is hardly better off with one sock on than the guy who has none. When we boast how good we are compared to others, we are still in no better shape before God than anybody else.

God is not impressed by how good we are or how beautiful or how smart or how rich. These things may win us something in the world, but they win nothing from God. In fact God is the one who gives these things. He gives each of us our individual qualities and characteristics, so that we might humbly use them for the benefit of others and for His glory. We have nothing good to boast about that God did not produce in us and through us. With Paul, the only thing we can really boast about in ourselves is our own weaknesses, our own sins.

But God hasn’t left us stuck in those sins. He planned a way to free us, a way that required great humility, a tremendous sacrifice, and terrible work. God sent His only Son to be the goodness and righteousness that we could never produce ourselves. He could have come and exposed all our sins for everyone to see. He could have shown how foolish our boasting is. Instead He quietly gathered all our sins to Himself. He humbly let Himself be accused in our place. He let everyone attack Him and boast about beating Him. He went to the cross, to a shameful death in our place, so that each of our sins would be wiped away and salvation would be ours. “Look what I can do for you,” He said. And He did.

In a few minutes, we will sing these words, “Forbid it, Lord, that I should boast / Save in the death of Christ, my God” (ELH 308, v. 2). Our boast is not in ourselves, in what we can do. Our boast is in Jesus, in what He has done. Paul told the Corinthians that by God’s grace, “you are in Christ Jesus, who became to us wisdom from God, righteousness and sanctification and redemption, so that, as it is written, ‘Let the one who boasts, boast in the Lord’” (1Co. 1:30-31).

But we do not only boast about what Jesus has done, we boast about what He still does for us. Paul said he was bothered by a thorn in the flesh, something that troubled him greatly. We imagine it was some sort of physical problem, but we don’t know for sure. We can relate in some way to Paul’s trouble. We are also affected in various ways by things that afflict us. It may be a physical problem that makes it difficult to do what we want to do. It may be a mental struggle or some kind of addiction that troubles us daily.

We seek to remove these thorns by therapy and medication and trying to will ourselves out of the problem. But when those things are not effective, we are not always ready to leave our thorns in God’s hands. We want the problem or pain to go away, and we are not sure that God will do it. In Paul’s case, the Lord did not remove the thorn. There was a reason for it. That thorn in the flesh reminded Paul of his weakness, along with his need for his Savior’s grace and power. The Lord said, “My grace is sufficient for you, for My power is made perfect in weakness.”

We often have doubts. We think there is no hope. We don’t think we can go another step carrying the burdens we carry. And Jesus says, “Look What I Can Do. Trust in Me. I died and rose again for you. I will not forsake you. I will not cast you out. In My Word and Sacraments I will come to you. I will help you and strengthen you. You cannot make this right, but I can, and I will.” Therefore you and I can gladly boast of our weaknesses as Paul did and put our total confidence in the gracious and powerful promises of our Lord.

(portion of Eustache Le Sueur painting, “The Preaching of St. Paul at Ephesus,” 1649)