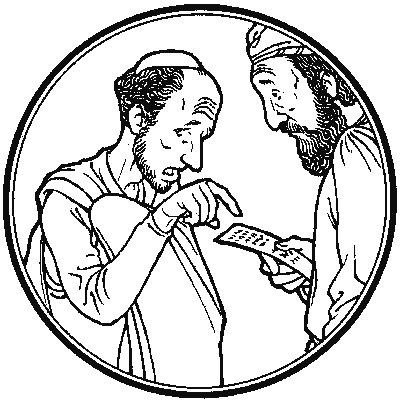 What Do You Value Most?

In Christ Jesus, who redeemed us not with gold or silver, but with His holy, precious blood, dear fellow redeemed:

One of the chapters of Greek mythology contains the story of King Midas. He was a very wealthy king, wealthier than any other. But he was not satisfied with his great riches. He wanted more. One day, a visitor promised to give him whatever he wished. So the king said, “I wish that everything I touch turns into gold!” The next morning, he woke up and touched his blankets. They turned to gold. He ran through the house, and everything he touched turned into pure gold. What good fortune!

All that running around made him hungry and thirsty, so he ordered food and drink to be brought to him. But as soon as he touched those things, they also turned to gold. King Midas began to realize that his gift was not everything he thought. Instead of excitement, he was now afraid and sad. When his daughter heard him weeping, she came to console him. But when they embraced, even she turned into gold. What a terrible mistake he had made!

The king was certain that gold would make him happy. Now he was willing to give all the gold in the world if it could bring back his daughter and allow him to eat and drink again. After all, what good is gold to someone who is alone? And what can gold do for someone who is about to die? King Midas learned a hard lesson about valuables. He had taken for granted what was really most valuable to him, and he found that the thing he most coveted was ultimately worthless.

What Do You Value Most? I think this list of valuables applies to many here and in this order: 1) Faith, 2) Family, 3) Friends, 4) Fortune, and 5) Fame. You know that faith in Jesus saves, and without Jesus there is no hope, so that has to be number one. No one knows you as well and supports you in this life like your family and then your friends. You may not aspire to a large fortune, but you want to be comfortable. And if you should be recognized by others for your good efforts, that would be welcome fame. Faith, family, friends, fortune, fame.

But if that list of valuables is accurate, shouldn’t this be reflected in our priorities? So if faith in Jesus is truly what we value most, won’t it be our primary focus to retain and strengthen that faith? And how is that done? Romans 10:17, “[F]aith comes from hearing, and hearing through the word of Christ.” Jesus says that His disciples abide in His Word (Jn. 8:31), and pay attention to everything He has spoken (Mt. 28:20). This is not just a one-day-a-week thing, but an every day priority. The Word of God must take precedence over anything else we are involved in. Work should not take the place of the Word, or sports, or any other leisure activity.

Neither should “family time” take the place of hearing and learning God’s Word. Better that family time is an opportunity to hear and learn the Word together. Nothing binds a family closer together than a common faith in Christ, and nothing strains a family more than the absence of Jesus and His Word. But as much as we say that family is a priority, often we neglect family almost as much as our faith. As parents, we can get so caught up in our work and hobbies that we really are not that involved in our children’s lives. Or maybe we can find time to spend with friends, but we can’t seem to find time to be at home.

And what about the friends who need us, but we can’t find time for them either. They wear us out with their constant troubles. They seem to take from us more than they give. We decide that we need to be around people who aren’t so needy. Then we wonder where they are when we have a crisis.

At the end of our list is fortune and fame. We want to be wealthy and well-liked, so much so that these valuables often occupy our time and energy above all else. But they are the least important. Jesus lumps these things under “unrighteous wealth.” The word used in Greek is “mammon”—“the mammon of unrighteousness.” He is not saying that it is a sin to have money and possessions. But it is a sin to value them above all else, and to think that they can offer us everything we need. As Paul wrote to Timothy, “But those who desire to be rich fall into temptation, into a snare, into many senseless and harmful desires that plunge people into ruin and destruction. For the love of money is a root of all kinds of evils. It is through this craving that some have wandered away from the faith and pierced themselves with many pangs” (1Tim. 6:9-10).

The mammon of this world is just that, “of this world.” It cannot go with us into eternity. It must stay here. It would have no value in heaven or in hell anyway. But mammon is all that this world knows. As the saying goes, “Money makes the world go round.” This is the attitude we see in the manager in Jesus’ parable. First of all, he was mishandling his master’s possessions. We do not know exactly how. Was he failing to do what his master hired him for? Was he skimming a bit off the top? Was he simply lazy? It is not as though the man was incapable. When he was about to become unemployed, he sprang into action. He summoned those who had debts and reduced what they owed. He did this not because he felt any special concern for them. His concern was for himself and his own well-being. This is what motivated him. He did not want to have to dig or beg, so instead he weaseled his way into the good graces of others.

When his master found out, what did he have to say? He was probably happy to get rid of this worthless worker, but he also commended him—praised him—for his shrewdness. This dishonest manager had figured out how to avoid a future that was not to his liking. His actions were not ethical; they were not right. But that is not the point of Jesus’ parable. His point is that “the sons of this world are more shrewd in dealing with their own generation than the sons of light.” So this parable is not really about the wicked practices of “the sons of this world,” of unbelievers. It is about how “the sons of light,” how believers in Christ, should operate.

What we can learn from unbelievers is shrewdness. Think how far they are willing to go to gain and build up and protect their riches. They have an insatiable drive for the things they value most, even though they know that these things will not last. If they have such a focus and drive on getting what they will eventually lose, isn’t it true that we should have an even sharper focus on what will last forever? But we are reluctant to go there. Because we like what this world has to offer. Our flesh is weak, even though our spirit is willing (Mt. 26:41).

God knows it. This is why He sent His Son to take on flesh. Your flesh was far too weak to “love the Lord your God with all your heart and with all your soul and with all your mind and with all your strength,” and “your neighbor as yourself” (Mk. 12:30,31). But Jesus ignored every worldly temptation. He was not distracted by temporal riches; His focus was on winning eternal riches for you. “[F]or the joy that was set before him—the joy of saving sinners—[he] endured the cross, despising the shame” (Heb. 12:2). Your debt of misplaced priorities and of greed was greater than you could ever pay. But Jesus says to you, “Take your bill and write ‘redeemed.’” “Take your bill and write ‘forgiven.’”

You owe nothing to God because of your sin. The debt is paid in Christ. But He does expect you to use the gifts He has given to you shrewdly and wisely. As far as earthly goods go, He has given some more and some less. He intends that you use what you have for food, clothing, and home. But you know that life is “more than food,” and the body is “more than clothing” (Mt. 6:25). Those things eventually pass away. But the Gospel is eternal. Salvation through Christ is eternal. There is nothing more valuable than these gifts from God.

If you could with your earthly means purchase someone’s salvation, you would do it, wouldn’t you? Of course you cannot do this. But you can set aside a portion of what God has given you to promote the preaching of the Word. You can assist the poor and needy and share with them the hope you have in Christ. You can support mission work in our country and around the world. You can purchase Bibles or other good devotional materials for use in your own home or to share with friends. In these ways, through such sacrifices of love, you will be doing what Jesus says in today’s text, “And I tell you, make friends for yourselves by means of unrighteous wealth, so that when it fails they may receive you into the eternal dwellings.”

God has given you the responsibility of managing countless blessings for your own good and for the good of others. He knows well where you have been wasteful and squandered His wealth, and where you have been selfish and greedy. But that does not stop Him from continuing to give and give more. He loves you. The job is still yours. Your management will not be taken away from you. Worldly riches can only satisfy for awhile as King Midas learned, but the treasures of God endure into eternity.