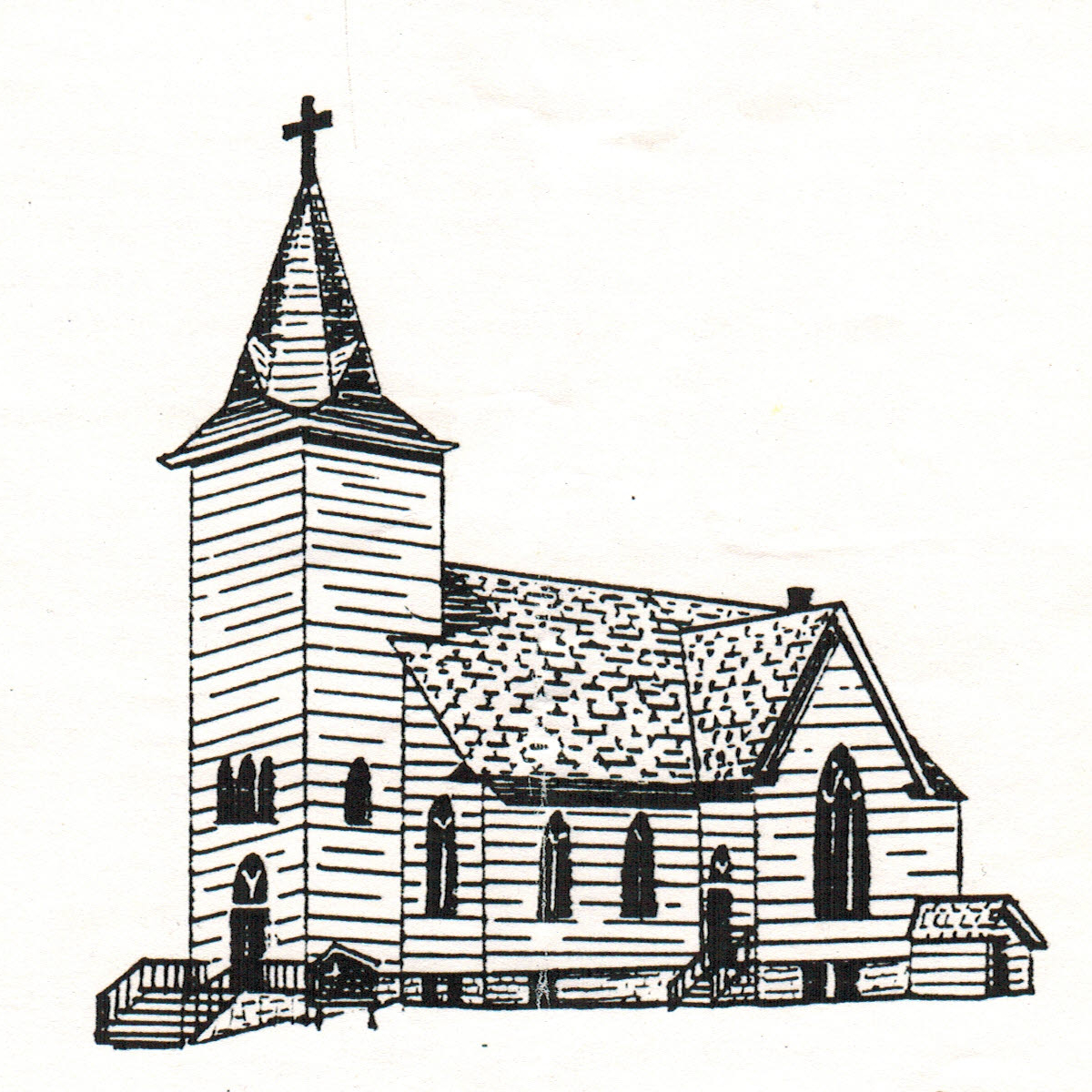 It is quite impressive, you are THE only church in the whole town of Jerico! You have the tallest building in Jerico!! Yes, the grain elevator is a taller structure, but that does not count. At one time when this sanctuary was filled with worshipers Jerico had no other place that consistently gathered such a large assembly of people!!! But that is not what we are celebrating today!

Did you ever ask yourself why the founders named this town “Jerico”? Biblically Jericho was an idolatrous Canaanite city. They certainly did not seek to emulate that sordid past. Nor did your forefathers when the church was moved to this location and changed its name to Jerico Lutheran Church.

Now Jerico’s members were sinners to be sure, just as you are today. And while we can all confess breaking the first commandment and committing the sin of idolatry often in many different ways, yet the difference would be that repentant idolaters have always made up this congregation. No doubt the naming had more to do with the conquest of Jericho, an enemy of God and His people, not leaving one stone upon another, not leaving one living inhabitant alive after its defeat – except the prostitute Rahab and her family. Remember she helped the spies prior to Jericho’s defeat.

Surely the United States Military Academy, West Point, does not study the battle plans of God’s great general Joshua as a valid tactic to be used by its officers. The parading around a city with the Ark of the Covenant once a day for six days and then seven times on the seventh day and making a great collective shout at the long blast of the ram horns would not, without God’s command, succeed today as it did then. Can you imagine the defenders of the city on the walls increasingly mocking the people of God as they fulfilled the daily orders of Joshua? Very likely being tempted to doubt the command of God, they nevertheless by God’s grace remained steadfast according to the Word of the Lord, as foolish as it may appear to the world and, as promised, the walls came tumbling down.

God’s ways are not our ways. As God’s people we consider His Word as our great heritage defeating all our enemies through His Son, Yeshua, Jesus, the Word of God made flesh. One of His more notable ancestors was the Jericho survivor – Rahab. Sin, death and hell were all defeated everlastingly for us by the holy life, atoning suffering and death and victorious resurrection of Christ Jesus. This is what we are blessed to celebrate today marking Jerico’s 150th anniversary. Our sinful reason would suggest that the way we defeat these spiritual enemies is by our own good works and actions, but all such battle plans fail miserably, leading only to hell. Rather it is the work of God’s own Son alone which saves us. Through faith in Him we are freely forgiven and saved.

END_OF_DOCUMENT_TOKEN_TO_BE_REPLACED 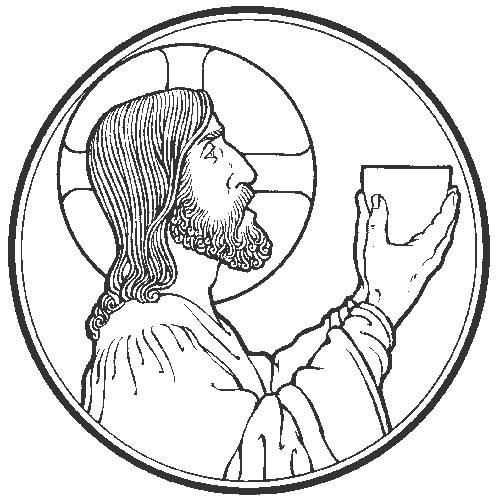 Jesus Loves You to the End.

In Christ Jesus, who loves you and gave Himself for you (Gal. 2:20), dear fellow redeemed:

If you knew that you had only one day of your life on earth left, what would you do with it? Let’s assume you were in perfect health and could do anything you wanted. You might decide to spend that day with just your closest family and friends, or maybe you would invite everyone you know to a big party so all would have the chance to say good-bye. The day would certainly not be “business as usual.” It would be a day mixed with sadness and anticipation as you prepared to leave this world and enter another.

Jesus knew that His earthly end was near. He knew “that His hour had come to depart out of this world to the Father” (v. 1). He knew “that the Father had given all things into His hands, and that He had come from God and was going back to God” (v. 3). He knew that one of His closest disciples would betray Him to the Jewish leaders (v. 11). He had knowledge of all these things because He was God. His pending death was not hidden from Him, or the awful manner in which He would die.

So what is it that Jesus did with this knowledge? How did He spend His final hours before His death? He did what any Jewish person would have been expected to do; He celebrated the Passover. He sat down with His disciples to a meal of roasted lamb, unleavened bread, bitter herbs, and wine (Ex. 12:8). This was to remember the LORD’s deliverance of the Israelites from slavery in Egypt. The LORD passed over the homes with the blood of the lamb painted on their doorposts, but struck down the firstborn sons of every Egyptian man and beast.

As He reclined at table, Jesus revealed that this Passover meal was not like the ones His disciples had shared with Him in the past. He said, “I have earnestly desired to eat this Passover with you before I suffer. For I tell you I will not eat it until it is fulfilled in the kingdom of God” (Lk. 22:15-16). He also used the occasion to teach a lesson about humility and sacrifice. He got up from the meal, removed His outer garments like a servant would, and began to wash the disciples’ dirty feet. This was not what they expected! Peter protested, saying that Jesus would never wash his feet. Jesus insisted, telling him, “If I do not wash you, you have no share with me” (v. 8).

This is how Jesus spent His last moments—wiping the dirt and dust from between the disciples’ toes. Such a lowly activity is not what you and I would plan for our last day on earth. We might do some kind things for others, but whatever we did would be as much for self-fulfillment as sacrifice. The lesson Jesus teaches, is that we should look beyond ourselves, to consider others as much higher than we are. Jesus says, “If I then, your Lord and Teacher, have washed your feet, you also ought to wash one another’s feet” (v. 14). He showed love to His neighbors, including Judas, whom He knew was about to betray Him. Before the night was done, each of His disciples would forsake Him and flee. And yet, there He was, washing the feet of each one.

Today’s text explains why. “[H]aving loved His own who were in the world, He loved them to the end” (v. 1). Jesus loved with a perfect love those who would not love Him back. He knew how alone He would be in His suffering and death, but He loved them, and He never stopped loving them. They were among those He addressed from the cross when He said, “Father, forgive them, for they know not what they do” (Lk. 23:34).

He had also given them a tangible reminder of His love. They would not have His visible presence among them for much longer. So He gave them a new meal, a new testament to His love. At that final Passover meal, He took some of the unleavened bread, and when He had given thanks, He broke it and gave it to His disciples, saying, “Take, eat; this is My body, which is given for you. This do in remembrance of Me.” Then He took a cup of wine, gave thanks and gave it to them, saying, “Drink of it, all of you; this cup is the New Testament in My blood, which is shed for you and for many, for the remission of sins. This do, as often as you drink it, in remembrance of Me.” He promised to give them His holy body and blood to eat and drink. This is how He would be with them always, even to the end of the age (Mt. 28:20).

It is how He continues to be with you too. Every time you come forward to the Communion rail, Jesus stoops down to cleanse you. He is not ashamed to associate with you or assume the lowly task. He patiently applies the cleansing agent you need to be washed from every sinful spot, stain, and blemish. You are already counted as pure and righteous before God because of the death and resurrection of Jesus. But your old sinful nature still clings to you and wants to lead you away from Jesus. This is why He gives you His body and blood. Through these means, He continues to apply the forgiveness He won and to strengthen your faith to withstand the temptations of devil and world.

But what if we fail more than we are faithful? What if we are dirtied more often than cleansed? How long will the Lord stay patient? How long will He forgive? He will go only as far to keep you as He did to redeem you. And how far was that? All the way to His death. That is how far He is willing to go for you. As He would say to His disciples later that Thursday evening, “Greater love has no one than this, that someone lay down his life for his friends” (Jn. 15:13). Jesus counts you and all sinners as His friends, which is why He laid down His life for you. You were in reality His enemy, but He counted you as a friend.

In this way, He also strengthens you to love one another. His example teaches you to look not for what you can get from others, but for what you can give. This is how you put His love on display to the world. You would not know love if He had not loved you. You would not be capable of godly love, if He did not produce it in you. All love that is holy, righteous, and good flows from Him, for He is love (1Jn. 4:16).

Whenever you sin and feel the guilt of an unkind or unloving attitude, return again and again to the ways that God’s love is dispensed—His Word and His Sacraments. Taste and see how far His love goes and trust His declaration of your forgiveness. Whether your death comes unexpectedly tomorrow or is a long way off in the future, you can find continuous comfort in the promise of Jesus to Love You to the End.